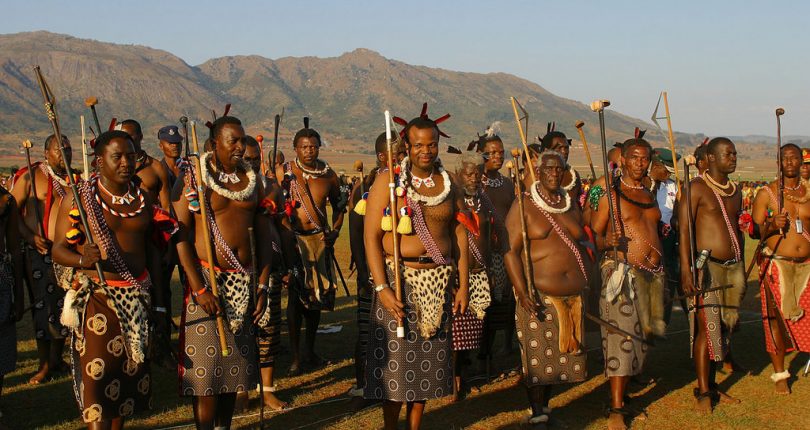 The Sunday Observer, one of the autocratic King Mswati III’s of Swaziland newspaper, is pressing for action by the kingdom to claim some parts, inclusive of the capital Pretoria, of South Africa.

According to the newspaper, some Swazis believe that this should be the appropriate time to demand back the land said to have been lost to South Africa during the colonial era.

The Observer sparked a significant debate on the reclaiming of land by Swaziland from South Africa. This was following the reporting of the Economic Freedom Fighters (EFF) in South Africa.

A committee known as the Border Determination Special Committee (BDSC) was formed by Swaziland to negotiate with South Africa over the returning of this land. According to the committee, large portions of Gauteng, Limpopo and KwaZulu-Natal provinces, and even South Africa’s administrative capital-Pretoria, show on the old map of Swaziland belonging to Swaziland. However, the BDSC’s chairman was unavailable for comment.

The newspaper’s editors met with the BDSC in March 2017 to press the case. On Saturday, the newspaper reported that the committees’ mandate as instructed by the King was to recover all the land lost in the colonial era to South Africa.

As reported by the Observer, BDSC confirmed that the Kingdom should as a matter of fact stretch to the Indian Ocean and even cover parts of Mozambique. The BDSC’s idea was to give a sense of belonging to people of Swazi even outside the current Swazi border, what they referred to as ‘Pan-Swazism.’

The land was lost in the colonial era in the 1840s as a result of concessions to white settlers and that no Swazi King had signed away the land. This was according to Thabiso Masina, the ex-officio member from the Attorney General’s office of the committee. He also added that the Swazis had never been defeated in war to warrant away any land.

The dispute over the land would be solved amicably in a drafted agreement between Swaziland and South Africa.

Why would you need a builder when you are renovating your home or just a room? Even if you have...

Electrician in Swaziland, tips and tricks

Electric issues require skills, knowledge and tools. We have easily these three requirements when...